I’m a fan of classic TV.  I’ve seen just about every show from TV’s golden age, the 50s when most televisions in the country were tuned in to the Jack Benny Show, I Love Lucy, or the George Burns and Gracie Allen Show.  When I come across these shows, I’ll usually park and watch for a while.  This summer, I discovered some books about comedy legends (and most of them were free through Kindle Unlimited, an added bonus).

First up was Laughs, Luck...and Lucy: How I Came to Create the Most Popular Sitcom of All Time by Jess Oppenheimer, the producer, director, and head writer of arguably the greatest sitcom of all time, I Love Lucy.  In his autobiography, Oppenheimer details his early days in radio and how he came to be involved with Lucille Ball and Desi Arnaz. It’s a real behind the scenes look at them and their show which transformed how television was made forever. 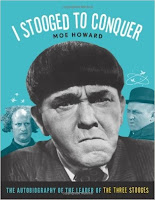 Next was Raised Eyebrows - My Years Inside Groucho's House, originally published by Steve Soliar in the 1990s but updated and published again in 2011.  Stoliar tells an incredible story about his three years as the personal secretary of Groucho Marx.   Through an unbelievable chain of events, Stoliar got the job as a 19 year old and began work in Marx’s home in Marx’s last three years of life.  Stoliar was witness to moments of legendary wit as well as to the sad decline of the comedy legend who was unfortunately manipulated, some say abused, by his mentally unstable companion.  There are great stories about Marx when he was at his most vulnerable, really humanizing him, and Stoliar was involved with many other Hollywood legends in the process of his work. It’s a real page-turner.

I Stooged to Conquer: The Autobiography of the Leader of the Three Stooges written by Moe Howard is one of the older titles I read.  The book does not go into great depth about the stooges’ personal lives, but it is a thorough recounting of their professional lives.  Moe’s journey from a school dropout who started acting in as a child in silent movies, his vaudeville acts with brother Shemp and Larry Fine, and all the permutations of the stooges that followed. 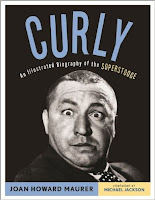 Two other books are on my list to read, but I haven’t gotten to them yet.  Moe Howard’s daughter, Joan Howard Maurer, wrote a biography of her uncle Curly Howard, AKA Jerome Horowitz, maybe the most beloved stooge. Curly’s life was much more tragic than Moe’s, full of failed marriages, problems with alcohol and insecurity, and ending with a tragic early death.

Last year, Richard Zoglin published Hope: Entertainer of the Century, billed as the most definitive biography of Bob Hope.  Zoglin was dismayed that Hope didn’t seem to be getting the recognition that he deserved and set out to correct it.  When I read it, I look forward to comparing this version of Bob Hope to the one described in several vignettes in Stoliar and Oppenheimer’s books.

Posted by Histocrats at 3:16 PM