Amazon has a couple of great current options.  I just finished the second season of The Man in the High Castle, and found it to be very interesting speculative – What If? – history.  It is set in a world where the Axis powers won World War II and divided America between them.  If you’ve read the book, don’t worry, the series is totally different, and in my opinion, improved.  (That may be the only time I’ve ever said that a movie or show improves on the book.)

Good Girls Revolt is in set in the late 1960s and is based on the true story of female researchers at Newsweek who united to fight against the sexism at Newsweek magazine, which denied them the opportunity to be real reporters, relegating them to uncredited and underpaid roles as researchers who did most of the work while the male reporters took credit for the stories. If you liked Mad Men, you’ll love Good Girls.  It’s a step back into the turbulent 60s, not only addressing women’s rights and the broader sexual revolution, but also civil rights, Vietnam, and the other issues of the day. 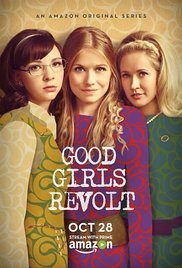 My favorite new show is on Netflix. The Crown is the story of Queen Elizabeth II, starting from just before her father’s death and her coronation.  The first series takes the viewer through much of the 1950s. The acting is phenomenal.  John Lithgow plays Winston Churchill and dominates every scene he’s in, but the other actors are no slouches. While the series obviously takes liberties with envisioning private conversations and thoughts that will likely never become public, the history behind the show seems to hold true, and it is a great series.  I’m not much of a binge watcher, but I watched this entire season in a weekend. 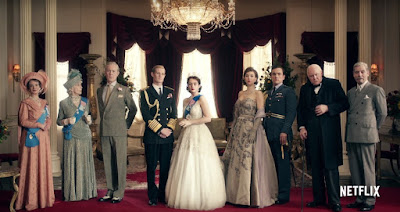