I’ve read three enjoyable novels in the past few weeks that have a common theme, the search for freedom and equality, and I highly recommend them.

First is an older Ken Follett title.  I’m a huge fan of Follett’s Pillars of the Earth and Century trilogies, but I wasn’t familiar with A Place Called Freedom.  The novel starts in the miserable and brutal coal mines of Scotland in the mid-17th century, where miners are virtually slaves of the noble landowners.  Through a series of events, miner Mack McAsh is forced to flee the mines and move to London.  More unfortunate events make him an indentured servant, forced to go to the wilds of Virginia, where indentured servants don’t always outlive their indenture contract.  It’s full of action, and like all Follett works, it’s full of fantastic historic detail. 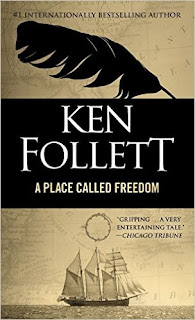 Second is Karen Kondazian’s The Whip.  It is a fictionalized biography of a real-life character of the California Gold Rush era, Charlie Parkhurst, the greatest wagoneer/coachman/teamster of the age, renowned for his abilities to move people and freight when no one else could.  What people didn’t know was that Charlie Parkhurst was actually Charlotte Parkhurst, a female who started dressing and living as a man when she was a girl.  Virtually no one knew her secret until her death. Kondazian takes great liberties with the facts, because little is known about Charlie, but it’s a great story, and it led me to do a little research on my own. Charlie’s real life was as exciting as any novel. For example, she may well have been the first woman to vote in America (while dressed as a man). 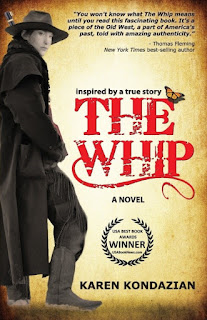 Finally, there’s Darktown by Thomas Mullen, a novel optioned by Jamie Foxx to produce into a series. Darktown is a 1940s murder mystery told through the first eight black police officers hired by the Atlanta Police Department in 1948.  Atlanta’s unofficial slogan has long been “the city too busy to hate,” but this novel proves that there was indeed lots and lots of hate and racism. As a Georgian and a metro Atlantan, it is a difficult read, but an important one, and of historical importance.  On top  of all that, it’s an entertaining mystery too.
Posted by Histocrats at 8:32 AM