By Jeff Burns
My wife and I have been enjoying the series Feud: Bette and Joan, about Hollywood legends Bette Davis and Joan Crawford and their epic clashes in and around the filming of the movie Whatever Happened to Baby Jane?  I always enjoy stories of the glamour and the grime of the early days of Hollywood. Actors seemed to be just so much more interesting then. Dig a little below the glitz and glam, and you’ll find stories of murder and deception that the greatest Hollywood screenwriters couldn’t imagine. Here are some books about Hollywood history. 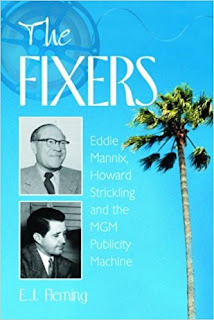 The Fixers: Eddie Mannix, Howard Strickling and the MGM Publicity Machine by E.J. Fleming tells the story of Eddie Mannix, the general manager of MGM from the 1930s to the 1960s.  His job was to “fix” scandals that tarnish the reputations and careers of MGM stars before they went public.  The recent movie “Hail, Caesar!” is loosely based on his life. The book details scandals from unwanted pregnancies to murders that involved such stars as Jean Harlow, Lana Turner, Spencer Tracy, and Marlene Dietrich, and many others. 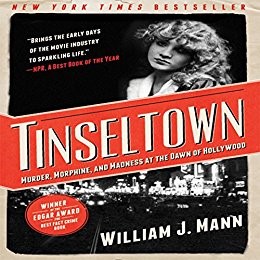 William Mann’s book, Tinseltown: Murder, Morphine, and Madness at the Dawn of Hollywood, demonstrates that scandal rocked the movie industry from its very infancy.  Set in the very early 1920s, it revolves around the murder of a leading director, William Desmond Taylor. Taylor’s murder has long been one of Hollywood’s greatest unsolved mysteries, with one dark secret after another coming to light.  Mann investigates thoroughly and also details the infighting among the rising Hollywood moguls, battling for movie supremacy, and the mounting public crusade against the indecency of the industry.  If you like Erik Larson books, especially Devil in the White City, you will like this book. 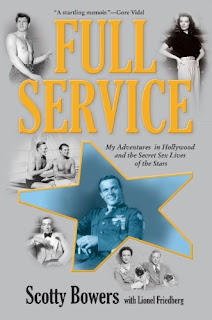 WARNING: ADULT THEMES. If you’re looking for real dirt, and you can handle graphic language and situations, you might consider Full Service: My Adventures in Hollywood and the Secret Sex Lives of the Stars by Scotty Bowers. Bowers writes about his life in Hollywood, beginning as in 1946.  Fresh out of the Marines, he finds himself with a unique talent. He basically becomes Hollywood’s pimp, providing male and female sex partners for the biggest stars of the day.  He holds nothing back.
Posted by Histocrats at 5:24 PM