Viewing World War I through a German Officer's Photos

I am a self-admitted Kickstarter addict but usually my addiction is limited to supporting various board games.  Lucky for me though I happened to see Dean Putney’s project that asked for support in getting his Great-Grandfather’s personal photo album printed.  His Great-Grandfather was Walter Koessler, a German officer in World War I.  Walter was a photographer and at a time when cameras were rare, spent time during the war taking pictures of his WWI experiences. Not only is it remarkable that Walter took these pictures, but that he recorded them in a photo album that was kept and passed down through his family for the last century makes it really special. 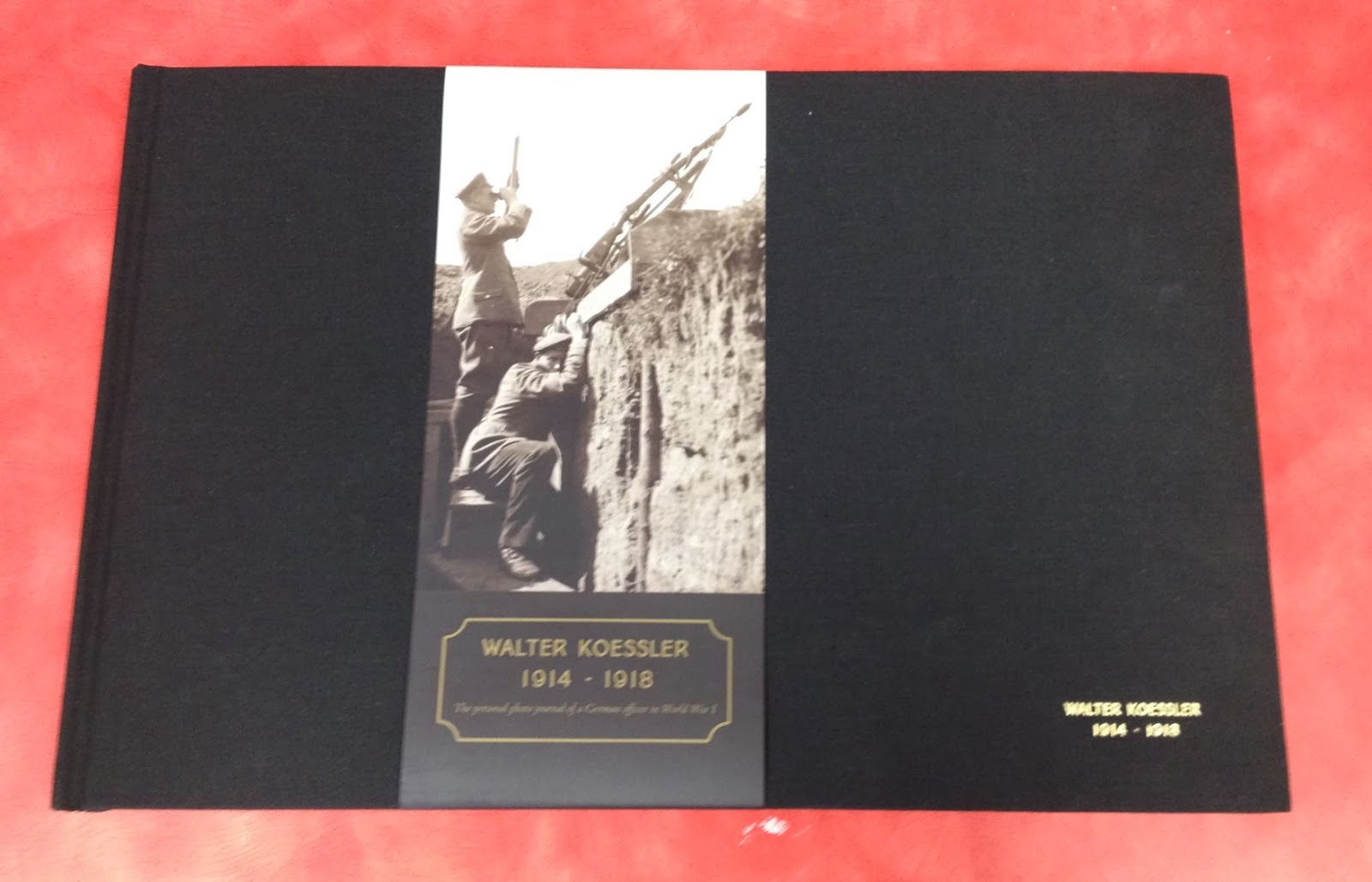 Reading and looking through Walter’s album is very much like opening a window into a world that is very foreign to many Americans.  Most significant, Walter is a German and his album is from a perspective we seldom see or study in-depth in American classrooms.  Many of my students will rather watch Lost Battalion (American perspective) rather than All Quiet on the Western Front (German perspective) when we viewing a WWI movie.
So, what does this large 11x17 coffee table book contain? It is Walter’s story and it is told through a thousand amazing and beautiful images, from life in the trenches to his photographic reconnaissance in an airplane.  Putney has faithfully recreated Walter’s entire photo album.  Each page contains photos that tell a story—early pages show young men having fun, later pages reveal the death and destruction that comes with war.

This book is not a history book.  You will not learn new facts or be able to pass a test on WWI after reading the book.  Rather this book is about the images and the story they tell.  The idea that a picture is worth a thousand words came to mind when I read through the book.  I do not know Walter, any of his photo subjects but I am still fascinated by his photo album.  I wish more family stories related to the photos had been passed down and included in the book.  However, I am content with the photo album as is.  One of the series of images that fascinated me the most was of the St. Quentin Cathedral in France.  These photos show a city decimated with the outline of the Cathedral apparent.

Perhaps one of the great appeals of Walter’s photo album is not just that it documents the experiences of a man on the opposing side, but that it simply exists.  In a world where folks are quick to take a selfie or use only their phone as a camera, I wonder how our descendants will be able to view our lives when we leave no printed photographic evidence.  Even I am guilty of this, I have thousands of pictures from birthdays and vacations that will never be printed.  Sadly, I have no photo albums or scrapbooks to pass down to my children.  Walter’s photo album is not just special because it’s of a time and place that we study, but it shows how amazing a photo album can be when passed from one generation to the next.

For anyone who loves history, I recommend taking a look at Walter Koessler: The Personal Photo Journal of a German Officer in World War I.
For more info about Walter Koessler:
http://walterkoessler.com/
http://www.kickstarter.com/projects/deanputney/experience-world-war-i-through-a-german-officers-p

Library of Congress World War I Images and Resources
http://www.loc.gov/rr/program/bib/wwi/wwi.html

Posted by Histocrats at 4:26 PM