A Few Books about Antebellum Slavery

Few aspects of American history have generated as much discussion and debate as slavery.  While some continue to argue about its importance as a cause of the Civil War, there is no room to argue its huge shadow on the development of the United States.  From colonial times through the Civil War, there was almost nothing, politically, socially, or economically, unaffected by slavery, and its legacy goes even farther.

Here are some books about slavery from various angles that might be new to you that you might want to consider reading.
First is a novel by Isabella Allende based on the 1790s slave revolt in Saint- Domingue, now known as Haiti, and follows its main characters to early 1800s Louisiana.  It’s called Island Beneath the Sea.   Many people don’t realize that the overwhelming majority of Africans imported for slavery ended up in the Caribbean and Latin America;  some estimates hold that only 4-10% of Africans were brought  to British North America.  This novel does a great job of presenting a picture of both Caribbean slavery and the very complicated social structure that was built on skin color.

The second book is called American Uprising: The Untold Story of America's Largest Slave Revolt by Daniel Rasmussen.  In 1811, 500 Louisiana slaves rose up and marched against numerous plantations, intending to capture New Orleans.  Amazingly, I’d never heard of it before reading the book. 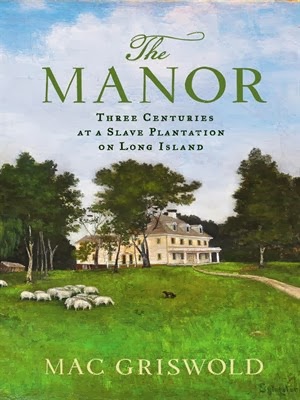 The Manor: Three Centuries at a Slave Plantation on Long Island by Mac Griswold features several unique perspectives all wrapped up in one book.  First, Griswold is a landscape historian who specializes in telling the story of the land.  Second, it’s the story of a plantation on Long Island, New York.  Many people don’t realize that slavery actually lasted longer in some northern parts of the US than some southern parts.  Slavery had only been
abolished in New York a generation before the Civil War.

Black Masters: A Free Family of Color in the Old South by Michael P. Johnson and James L. Roark  illuminates another fact of slavery that shocks many Americans:  there were free black people in the South that owned other blacks as slaves.  This book specifically focuses on a few families in Charleston, South Carolina.

Two recent books tell the stories of slaves belonging to Thomas Jefferson and James Madison,  Master of the Mountain: Thomas Jefferson and His Slaves by Henry Wiencek and A Slave in the White House: Paul Jennings and the Madisons by Elizabeth Dowling Taylor and Annette Gordon-Reed.  Both books have not only a lot to say about slavery, but also a lot about the two presidents in the  process.

My last recommendation is another novel, Wench by Dolen Perkins-Valdez.  Wench  is  fiction based on another fact that few people , if any, are ever taught about slavery.  In the 1850s, there was apparently a resort of sorts in Ohio, just over the river from Kentucky, where it was not unusual for white masters to vacation with their slave mistresses.  Perkins-Valdez creates and tells the stories of 4 of these women.
Posted by Histocrats at 6:19 PM