What If? Alternative History in Fiction

For me, a big part of why I love history has always been the “What If?” factor, exploring what could have been if one little factor was changed here and there.  How things might have been different.  For example, last year or so, a family revealed their Irish grandfather’s long-forgotten journal, in which he wrote about an incident in 1919.  Called to a disturbance among former German soldiers under his guard in barracks in Munich, he arrived to find a group beating, close to killing, a fellow German soldier who had been haranguing them with his political tirades.  The Irishman saved the man and put him in protective custody.  Eleven years later, at a rally in Nuremberg, the Irishman recognized the man whose life he had saved as the main speaker, Adolf Hitler.  When you think about moments like this, how can you not help but love history?

Writers of fiction have long recognized this theme as an inexhaustible wealth of inspiration.  The best examples of this genre of alternative history or speculative fiction not only stimulate and challenge the reader’s mind, but also inspire the reader to learn more, and often these works contain elements of very good historical research and writing.  Here are a few examples.

A couple of years ago, Jeff Greenfield, a veteran political reporter, and political insider for many years, wrote Then Everything Changed: Stunning Alternate Histories of American Politics: JFK, RFK, Carter, Ford, Reagan.  Greenfield picks 3 pivotal events in recent history, a failed assassination attempt on JFK, the assassination of RFK, and the 1976 presidential election, and speculates what could have happened if things had gone differently.  Relying on his vast political knowledge and understanding, he portrays very plausible, and depending on your political views even frightening, scenarios.  In the process, I learned a lot of facts about these decades that I didn’t know.  In November 2014, he published If Kennedy Lived: The First and Second Terms of President John F. Kennedy: An Alternate History, which I’m looking forward to reading. 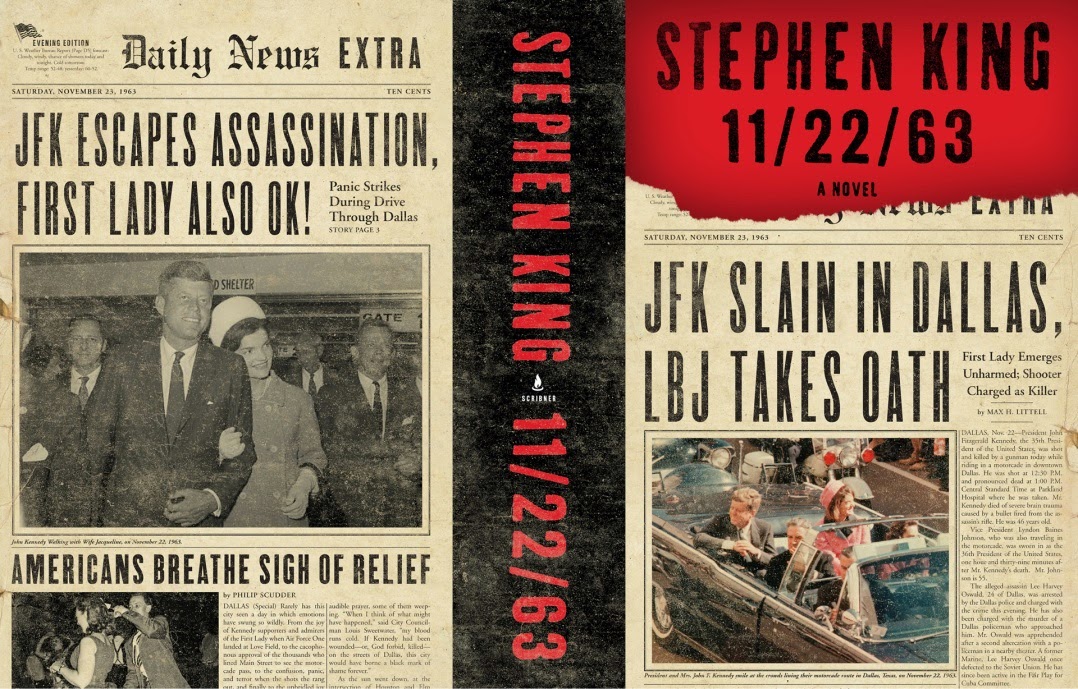 Speaking of Kennedy, one of Stephen King’s most recent books, 11/22/63, quickly became one of my favorite King books.  It explores the time travel conundrum.  Jake Epping finds that he can travel back to Dallas in the days leading up to the assassination and he gets deeply involved with the cast of characters.  The conundrum, of course, is can he change history?  Should he?  What will the effects be?  It was a great read.

I just completed Kindred, by Octavia Butler.  I stumbled across her name in another article about something else, and was chagrined that I had never heard of her previously, in spite of the fact that I was an avid reader of sci-fi and fantasy in my teen years.  Turns out she was a highly respected author in the genre who unfortunately passed away in 2006.  During  her career, however, she was very acclaimed and won numerous awards for her works; she was also distinct in that she was one of a relatively small number of black sci0fi writers.  Kindred  also uses the theme of time travel and the what if factor.  In the story, a black woman named Dana in 1976 San Francisco suddenly begins to travel back in time to a slave plantation – it turns out to be the plantation that her ancestors lived on – in early 1800s Maryland.  She travels back and forth a few times, unable to control the episodes.  On one of the travels, her husband, a white man, accompanies her.  Dana learns a lot about her family and herself and about the institution of slavery, and the reader is educated as well about the institution and its effects on blacks and whites.   This is a very powerful book, and it would be a great assigned reading for the classroom.  I’m definitely going to seek out more of Butler’s sci-fi.

In 2010, Phillip Roth published The Plot Against America: A Novel, who speculates about World War II history.  In his book, Charles Lindbergh, arguably the most popular man in the world in the 20th century and a dedicated isolationist before the war, enters politics and is elected president.  He makes a peace treaty with Hitler, essentially making the US a collaborator government.  The Plot Against America is the story of life in that United States.


If you’re intrigued by alternative history and want to read more, you can always seek out the works of Harry Turtledove, an extremely prolific writer, recognized as one, if not THE, leading figure in the genre. An Amazon search reveals a list of 119 titles.  You’re sure to find something of interest.
Posted by Histocrats at 1:00 PM