The brotherly bond can be a strong one, and it is a common theme in many books.  Here are four books about brothers that focus on that relationship and on history. 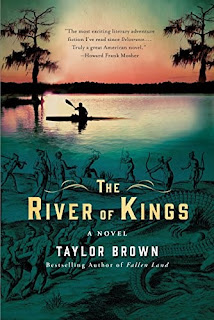 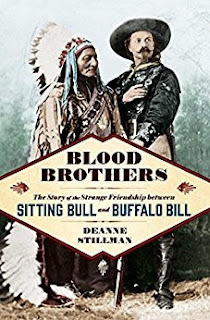 Taylor Brown’s The River of Kings is a novel set on the past and present coast of Georgia. I grew up near the Altamaha and spent many weekends fishing on the river as a child, so this book really hit home.  I can’t say anything else about it better than the Amazon.com description: “The Altamaha River, Georgia’s “Little Amazon,” is one of the last truly wild places in America. Crossed by roads only five times in its 137 miles, the black-water river is home to thousand-year-old virgin cypress, direct descendants of eighteenth-century Highland warriors, and a staggering array of rare and endangered species. The Altamaha is even rumored to harbor its own river monster, as well as traces of the oldest European fort in North America.

Brothers Hunter and Lawton Loggins set off to kayak the river, bearing their father’s ashes toward the sea. Hunter is a college student, Lawton a Navy SEAL on leave; they were raised by an angry, enigmatic shrimper who loved the river, and whose death remains a mystery that his sons are determined to solve. As the brothers proceed downriver, their story alternates with that of Jacques le Moyne, the first European artist in North America, who accompanied a 1564 French expedition that began as a search for riches and ended in a bloody confrontation with Spanish conquistadors and native tribes. “ It’s well worth the read, and I’m encouraged to read more of Brown’s work.

I heard Deanne Stillman speak about her book  Blood Brothers: The Story of the Strange Friendship Between Sitting Bull and Buffalo Bill at the Savannah Book Festival in February.  While not brothers by blood in the literal sense, Buffalo Bill Cody and Sitting Bull lived lives that had remarkable parallels and led them to a strong brotherly bond in their later years.  It makes for a very interesting story. 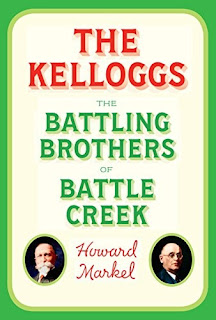 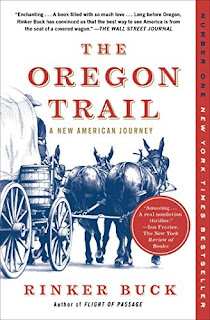 The Kelloggs: The Battling Brothers of Battle Creek by Howard Markel is about an entirely different brotherly relationship.  Yes, it’s those Kellogg brothers.  One was an internationally renowned physician who promoted an entirely new vision of health and wellness at the turn of the 20th century. The other was his long-suffering (at the hands of his brother) right hand, who was the brains behind the creation of a brand new industry: prepackaged breakfast grain foods.  Their relationship was unique to say the least, and this book provides an interesting look at how it all started.

Finally, a book I’ve discussed in an earlier blog: The Oregon Trail by Rinker Buck. This is a true story of two brothers who outfit a covered wagon and follow the Oregon Tail west – 2000 miles – in the 21st century.  It’s a great adventure book, but it’s also a great book about the relationship between the Buck brothers.

Posted by Histocrats at 3:58 PM