Civil War in the First Person

The Civil War was a major departure from previous wars in a number of ways, new technologies, strategies, and tactics made it a truly modern war.  It was also unique in that so many participants wrote about their experiences, both on the battlefield and on the homefront.  There are so many first person primary sources that one could spend years reading them. 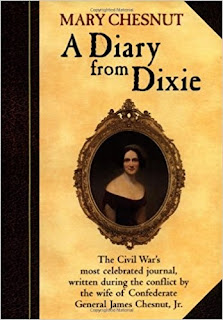 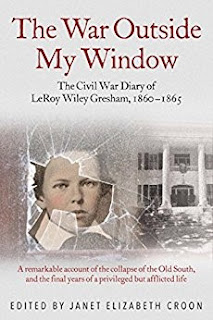 Among the most famous examples is the diary of Mary Chesnut. “One of the most compelling personal narratives of the Civil War, Mary Chesnut's Diary was written between 1861 and 1865. As the daughter of a wealthy plantation owner and the wife of an aide to the Confederate President, Jefferson Davis, Chesnut was well acquainted with the Confederacy's prominent players and-from the very first shots in Charleston, South Carolina-diligently recorded her impressions of the conflict's most significant moments. One of the most frequently cited memoirs of the war, Mary Chesnut's Diary captures the urgency and nuance of the period in an epic rich with commentary on race, status, and power within a nation divided.” (Amazon.com description)

Another phenomenal diary has just been published. LeRoy Gresham was a young teen boy in Macon Georgia, the son of a wealthy planter.  Because of an injury and chronic illness, he was mostly incapacitated during the war, but he kept very insightful journals that have just been edited.  LeRoy displays a poise and intelligence well beyond his years as he recounts the parallel deteriorations of his own body and of the Confederacy; he is able to see things about both subjects that the adults around him can’t, or refuse, to see.  Many reviewers compare this diary to Anne Frank’s, and I don’t think that’s necessarily hyperbole. 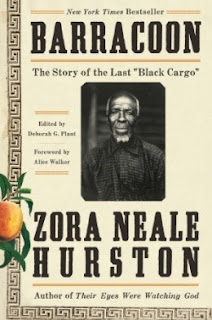 Also recently published is Barracoon, by novelist, anthropologist, and folklorist Zora Neale Hurston. It is basically the annotated transcript of months of interviews Hurston had with Cudjo Lewis in 1927 and 1928. Why Lewis? He was the last surviving person brought to the United States as a slave, after the importation of slaves was outlawed in 1808. Cudjo Lewis was one about 130 Africans sold to American slavers and brought to America on board the Clothilde, the last ship known to bring enslaved Africans to the U.S. Lewis’ story is thoroughly engrossing. He has rich recollections of his life and culture in Africa and of his life as a slave.  It is an incredible story. 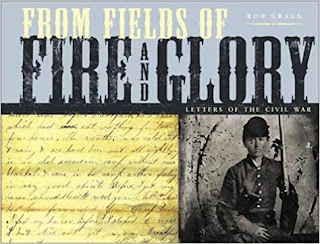 Civil War soldiers were, on the whole, very literate compared to soldiers of past conflicts. Many letters, written by and to soldiers, have survived. Ken Burns practically launched his filmmaking career based on that fact.  From Fields of Fire and Glory is an interesting collection, done in the “museum in a book” style.  The letters are reprinted and annotated, but they also appear as facsimiles of the originals that the reader can pull out, unfold, and handle, becoming an archivist as well as a reader.

Posted by Histocrats at 4:04 PM