There seems to be a whole sub-genre of historical fiction out there that tells stories from the point of view of daughters, characters who can be both observers and participants in the action and historical events around them.  Here are some recommend options if you’d like to explore. German author Oliver Potszch has written a series of novels that follow a Bavarian family in the 17th century, starting with The Hangman’s Daughter.  He embarked on writing the series after discovering that his own family, the Kuisls,  were renowned Bavarian executions.  Not only was execution a family business passed down from generation to generation, but the job involved much more than simply execution.  Executioners and their families were an ostracized, but important, element of society at the time.  They not only carried out executions, but many other punishments in those days when prison was not an option, and criminal offenders were tortured, flogged, and mutilated.  As part of their profession, executioners also were practiced in the art of healing and even a little alchemy.  The titular hangman is a veteran of the Thirty Years War that devastated the German states and has his own demons as a result.  He and his daughter, meanwhile find themselves involved in a series of murders that cause them to run afoul of civic and church officials.  While the hangman is the main character, his headstrong and challenging daughter always takes an active role in the investigations.  The books are exciting, fun to read mysteries, and their packed with historic detail.  I love the fact that the author always includes thorough notes in which he talks about the actual locations, events and people that inspired his work.  Subsequent titles include:  The Dark Monk, The Poisoned Pilgrim, and The Beggar King. 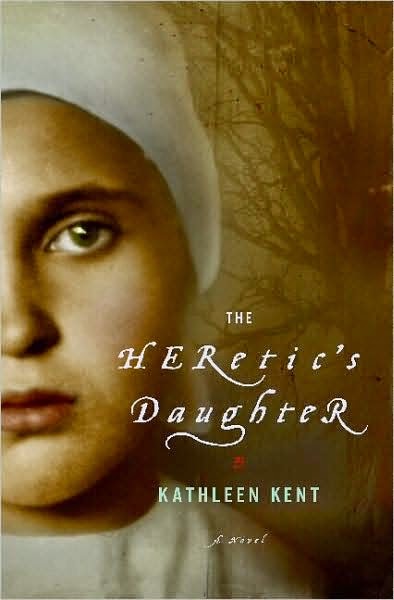 Linda Lafferty writes another 17th century tale, this time set in Bohemia, called The Bloodletter’s Daughter.  The title character also comes from a station in life deemed necessary but unseemly, and relegated to the lowest ranks of society.  Her father is not only the town bloodletter, the closest most people got to a trained physician in those days, but he also operated the town bathhouse.  Marketa, the daughter, finds herself the object of the deranged passion of a Hapsburg prince.  Another great murder mystery and thriller based on real life royal figures and a scandal that nearly toppled the dynasty.

From American history, there’s The Heretic’s Daughter by Kathleen Kent.  It is the story of the Salem Witch Trials, told from the point of view of sarah, the daughter of Martha Carrier, one of the first women to be accused and executed for witchcraft.  Kent herself is a 10th generation descendent of Martha Carrier.  It’s a detailed and complex tale of Puritan New England and the of the hysteria that accompanied the trials that led to hundreds of people being jailed and twenty being executed .  There’s one error in the book that got me, Giles Corey, the man pressed to death for refusing to confess, is called Miles, at least in the Kindle edition of the book. Moving into the nonfiction realm, there’s Galileo’s Daughter, by  Dava Sobel.  Ostensibly, a biography of Galileo’ daughter, whom he sequestered in  a cloistered nunnery , the book is really a great biography of Galileo, called by Albert Einstein the “father of modern science.”  Sister Maria Celeste’s life, and that of her father, is presented through 124 letters written to her father, in which they touch on a multitude of subjects, including the cloistered life, the Black Death,  his experiments, and of course his persecution by the Catholic Church for heresy.
Posted by Histocrats at 4:00 PM